Atletico Madrid has confirmed the signing of 19-year-old Joao Felix for $142 million (126 million euros) — making it the fifth richest transfer in football history.

Only deals for Philippe Coutinho, Neymar, Ousmane Dembele and Kylian Mbappe have proved more lucrative.
The Portuguese teenager also becomes the second most expensive teenager of all time after French star Mbappe, who moved from Monaco to PSG for a fee of $214 million.
Felix, who turned 19 in November last year, enjoyed a stellar debut season that saw him score 15 goals for Benfica and become the first teenager ever to net a Europa League hat-trick. 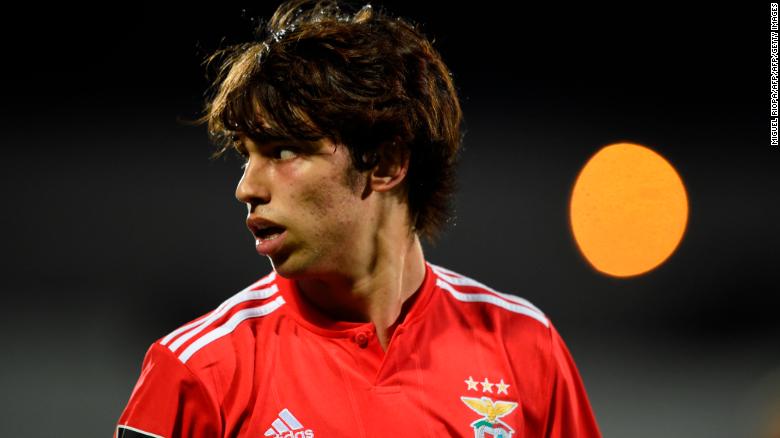 Felix was amongst the top scorers in Portugal’s Primeira Liga last year. While he plays primarily as a striker, his versatility has also seen him selected on the wing and as an attacking midfielder.
He made his international debut in Portugal’s Nations League clash with Switzerland earlier this year, and comparisons have already been drawn between Felix and countryman Cristiano Ronaldo.
But for former Benfica player Nuno Gomes, who became general manager of the club’s youth department shortly after Felix was signed from Porto, such comparisons are premature.
“They are different,” said Gomes earlier this year. “Ronaldo is the best in the world, aged 34. Felix is still only 19.”
He adds, though, that Felix’s “relationship with the ball, his first touch, his intelligence” marked him out as a completely “different kind of player.”
source: CNN
Post Views: 133
اظهر المزيد
شاركها
Facebook Twitter Google+ مشاركة عبر البريد طباعة

With Product You Purchase

A Good Diet, Rest and Warm Up Are Key to Avoiding Golf Injuries

Jordan all ready for Vietnam clash